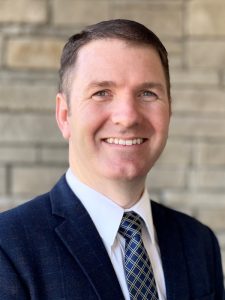 At first, I used my 1G/LI status as an excuse.  Why wasn’t I doing well in some classes?; because I didn’t have the family support and encouragement that so many of my peers had.  Why was I falling behind on homework?; because I was working a demanding job to pay for school rather than being able to make it my sole focus.  While this line of reasoning may have made me feel better about falling short, and may have even been seen as acceptable excuses by many, it was crippling for me.  The most valuable aspect of trailblazing in the way that 1G/LI students must do, is that it has the ability to bring out greater focus, greater drive, greater work ethic because of the challenging background or circumstances.  Once I realized this, and ultimately that I was not going to allow my circumstances to limit my potential, my entire undergraduate education completely transformed.  My background and circumstances were not a source of excuse for failure, but rather a source of power for success.

As mentioned above, I identified right away as 1G/LI as I started my undergraduate education.  The transformation for me came more in what I did with this identification (changing it from excuse to motivation/power).  Unfortunately, it took me a year of failure in the first year of my undergraduate studies to come to this realization.  Having earned myself a GPA of 0.96/4.00 for my first two semesters of college, I determined never to go back.  Two years and some life-changing experiences later, my perspective was transformed.  I returned to college still as a 1G student and still with LI status causing me to hold down a demanding job while taking a full-time course schedule.  Yet, this change in perspective and motivation led to my graduating with my bachelor’s degree in electrical engineering with a 4.00/4.00 GPA (not counting that frightful first year).

I’ve seen both sides of what it’s like to be 1G/LI.  Both extremes: failure blamed on 1G/LI and success driven by 1G/LI.  In both cases, I was fully convinced by my perspective at that time.  When I failed out that first year, I thoroughly believed I could not cut it in college, academically.  And, years later, when I graduated with a 4.0, I thoroughly believed I could take on anything and succeed. This transformation wasn’t without some incredibly influential experiences and people in my life; but they didn’t change the fact that I was still 1G/LI.  They helped me change what it meant for me to be 1G/LI and how I was going to let that affect my future.  It’s not that being 1G/LI doesn’t bring with it some extra challenges compared to many peers, it’s that those challenges have great power that can be used to drive success.